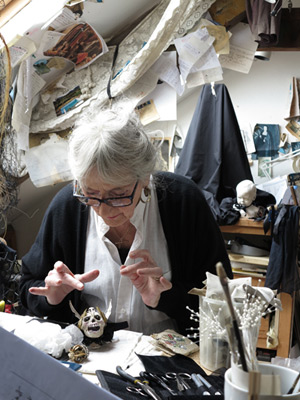 Rozanne’s work appears to lie within two distinct categories; that of the ornate, and that of the obscure. The boundaries are now perhaps less defined, although the underlying feeling and thinking are strongly related.

Rozanne continues to deal with themes of the isolation and the state of the individual due to sickness, war and increasing misuse of Power.

The smaller pieces that have reference to Death are often the most decorative and use significant symbolism and allegory reflecting the darker mysteries including those of early Catholic Spain.

In 1987, Rozanne and her family moved to West Wales.
Today, Rozanne lives and works in Pembrokeshire, Wales